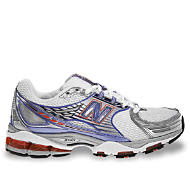 My steps were finally coming a bit easier as my feet rhythmically pounded the old cobblestone streets of North Tacoma. Distractions were – thankfully – abundant, as I passed beautifully-restored historic homes; well-manicured gardens; and the towering trees that stood like sentinels along the street.

My first time running ten miles in one outing was going surprisingly well (I attempted to ignore the fact that I was only 1/3 of the way into the run!). My breathing was steady as I wound my way through the neighborhoods of North Tacoma, heading downhill to Ruston Way. There, one of my favorite diversions – expansive bodies of water – would come in the form of Commencement Bay. I would worry about getting back up the hill when the time came. For now, I was reveling in the fact that I was running rather effortlessly.

Months before, I had walked out of a meeting with The Leukemia Society’s (now The Leukemia and Lymphoma Society) Team in Training, excited and anxious that I had just committed to not only running a marathon, but raising money for this remarkable organization as well.

Raising the money twisted my stomach more than the thought of training for and running the marathon. So, I did what all good sisters do … immediately called my sister to rope her into signing up as well. Misery loves company, right?

“Heidi,” I started, “I have a proposition for you.”

“What,” she said as a skeptical statement rather than a question.

She thought I was going to ask her to go skydiving, so – initially – raising thousands of dollars and running a marathon felt like a more sane alternative. She agreed to join me.

Our final destination would be The Mayor's Midnight Sun Marathon in Anchorage, Alaska, a race that takes place each June.

Shortly after committing to the marathon, an unexpected opportunity arose and I accepted a position with a company in Seattle, leaving behind an organization I had considered home since college. For six weeks, I spent the early morning and late evening hours commuting from Tacoma. Weekends were spent looking for a place to call home in Seattle. Marathon training was squeezed into the brief moments in between.

The donations that had come so abundantly at the beginning of my fundraising effort, began to taper. At the ‘go/no-go’ point, I was still over a thousand dollars away from my goal. I decided to continue, which committed me to either raising the remainder of funds or paying them myself prior to the deadline. My sister had raised a bit less, and was not able to commit to going forward. My heart sunk with the news that she would not be accompanying me to Alaska.

After moving to Seattle, I had only three weeks to focus on training and a stunningly beautiful place to do it. Alki Beach became my training ground, and the crisp, blue waters and sweeping views of the Puget Sound were not only a beautiful distraction, but calmed my growing nerves.

Likely the result of a somewhat haphazard training schedule over the recent months, knees that had never known pain now strained with every bend. At one point, my joints rebelled in such a way that – after bending to open a lower filing cabinet drawer – I could not return to a standing position without physically pulling myself up.

One week before boarding the plane, exhaustion, then aching, settled into my body. As the week progressed, a fever and racking cough joined the unwelcome party. Two days prior to take-off, a doctor told me I had bronchitis, then gave me two simple orders: Do not get on a plane; and do not run a marathon. He solidifed those orders with a threat of pneumonia if I did not comply.

I returned home where the tears were inescapable. This was not the ending I had imagined or the outcome toward which I had labored. As the tears blurred my vision and overflowed onto my cheeks, I dialed my mother’s number. It was clear, from my barely audible voice, that I was both sick and upset. I had failed on multiple counts. As mothers do so well, she suggested otherwise. It took me some time, though, to arrive at the same conclusion.

It is true that my desire to challenge myself physically and mentally had triggered this marathon-running endeavor in the beginning. What continually emboldened me, however, was that I was doing it to raise money for the Leukemia Society. The individuals they serve tolerate excruciating treatments in order to heal; and, if they could endure that, then I could go outside, in the dark and the rain, and run.

I had envisioned handing over the entire sum to which I had committed to The Leukemia Society. In the end, I was not able to raise the full amount required by the organization. I came close. I raised far more money than I could have ever donated personally in such a short period of time. Those funds would do great things.

I had envisioned crossing the finish line in Alaska. In the end, I did not run a marathon. But, I had learned my limits, including that of knees that would need to be rehabbed and treated with much more respect than I had given them in the past. I had affirmed my love of exercise and how physically and mentally strong it made me feel. And, I had challenged and pushed my body further than ever before.

I had not failed. Success simply looked different from the picture I had originally envisioned.
Posted by Kelly H-Y at 10:50 AM

What a great story! Learning to see success in different colors than we expect is one of life's greatest lessons. Thank you for sharing this inspiring one.

That is an amazing story. You did more than most have ever done. You should be so proud of yourself. And, yes, success may not be exactly what we envision because it comes in many shapes and sizes. Good for you!

Wow. Training for a marathon is a lot more work than the actual marathon and you did that. I'm sorry for your disappointement in not running the marathon, but you should be proud of all your efforts beforehand! I'm glad you see that!

You are so right. In many ways for many reasons, we sometimes have to redefine success. Congrats on a job well done. And I hope you recovered in good time.

What a powerful and inspiring story! Good for you for caring enough to give it your very best shot. It's great that you've come to recognize all the good that came out of it. :)

Congratulations,
you are a winner in every sense of the word!
So generous of you to rise money for those who need it most.

Thank you for your kind words on my blog,
I truly appreciate them!
Cheers,
Merisi

Yes, as we get older we begin to see success where there would only have been failure in our eyes. Bravo :).

We all of our physical limits but it sounds like your good heart has no limits. That must have been disappointing. I can’t run either due to my knees (since my 20s). I’ve found biking, cross-country skiing and especially swimming good alternatives.

So inspirational and what a great lesson for all of us!

i could have done any of it!

Wow. What an inspiring story!
I'm so sorry that you weren't able to run the marathon, but I'm glad you recognize what you were able to do! Wow!
You really should feel so proud of yourself! I'm very impressed and inspired by you.

Wow, what a wonderful story! I just started running and I'm amazed at how much better I feel. You are so inspiring!

Your last line is so beautiful.

I will keep it with me for a long time.

Wow...I am such a downer, because I was thinking, "That sucks." Andeveryone else is totally uplifted by it.

I get the knees thing. I've had to start mixing up biking with running because my knees are screaming at me.

Bro-in-law is a couch potato and an ortho surgeon. His says he laughs to himself aboyt all the athletes needing replacements while his joints are doing just fine from all the couch time.

I really enjoyed this post. What an amazing accomplishment!

Thanks for stopping by, everyone! I love, love, love to read your comments!

What a wonderful story! I am not a runner. I would love to be, but my knees don't know that.

Such a worthy cause. . .but guarding your health, as you decided, is super important. Things as serious as bronchitis if not taken care of can set you up for future problems.

You are truly inspiring!

Congrats on POTW mention from Hilary .. and my friend MentalPMama is running in a marathon in TN this summer for the same cause!

Thank you, Daryl, for stopping by and the mention regarding the POTW!!! What a wonderful surprise!

well deserved mention at Hilarys POTW....glad to meet you....

Thank you, FF&F, for stopping by ... a pleasure to meet you as well!

Well I can't say more than what other posters have done nor can I say it better, so I'll just add my sincere well done into the mix.

Kelly, I'm late to the game in commenting on this post, and I'm so sorry your plans got changed without your consent! But I loved your story and the inspiration you shared. Hope all is well in your world. :-)

Thank you for sharing this inspiring one.
free internet jobs