The Kindness of Strangers - Part 2 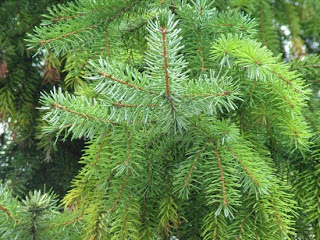 ** Story continued from previous post **
My bike pack didn’t fit correctly on the new bike, so I rigged it as best I could to the front frame and set off.

It was exhilarating. The towering pines. The still-cool, fresh air. I had been biking for only 10 minutes, not realizing that my bike pack was working its way loose from the frame.

Without warning, the pavement was approaching at warp speed. I put both hands out to meet it, attempting to break the fall and protect my head. Seconds later, I was flat on the ground, the bicycle partially perched on top of me.

I attempted to get a sense of what had happened. The bike pack was lying on the ground under the front wheel. It had fallen into the front spokes as I whizzed down the path, stopping the bike in an instant and hurtling me to the ground.

A man and his son biked by slowly. The young boy looked concerned and I heard him quietly ask his dad if I was okay. “Are you alright?” the father asked.

“Sure, yes … I’ll be fine,” I automatically responded.

I caught him glancing back at me, apparently not convinced. But, he continued on.

There was a hole in my favorite Nike workout jacket. And, the pavement had clearly won the fight in multiple places along my arms and hands.

I picked up the bike pack, then the bike – it had apparently escaped injury by landing on me. Something wasn’t right. I noticed a horrible pain searing through my wrist and up my arm as I lifted the bike. I put it back down, and attempted to lift it with the other hand. Same result.

I attempted to stay calm, but couldn’t help but dwell on the fact that I had, apparently, injured both of my arms in the fall, was bleeding, and still needed to get home.

No problem. A few turns and I would be back to the house in no time.

The homes of Sun River are laid out in a repeated Circle 8 kind of design. You can easily end up looping around the same neighborhood if you don’t know exactly where to turn. But, I knew where I was going. I wasn’t terribly worried.

Until I realized that I was looping around the same neighborhood … unfortunately not the one occupied by the house I was staying in.

By this time, I wasn’t feeling well. I was steering with the hand and arm that hurt the least. The other, which I couldn’t move at all, was holding the wretched bike pack.

I was feeling light-headed. I noticed two men, maybe 7 houses ahead of me, on their bikes. It looked like they were slowing down, heading for one of the houses at the end of the cul-de-sac.

I stashed away my pride, prayed that they weren’t crazed lunatics, and yelled, “Help … please!”

It came out as a squeak.

I yelled again and kept pedaling. Still not loud enough.

I yelled a third time. They had heard me. They got off their bikes and came toward me. “Are you hurt?” one of them asked, an obvious look of concern on his face as his eyes quickly scanned over torn clothing and bloody patches of skin.

The other simply said, “You need to get to a doctor. Are you staying around here?”

They placed my bike in the trunk of their car as I told them the address. Within a few minutes, we were there. Unfortunately, my friend and her aunt were not.

They decided to try the small, local medical office in Sun River. Our shoulders slumped as we read a sign taped to the door, explaining that the office was closed for Memorial Day weekend. They offered to take me to the hospital in Bend.

I convinced them that my friend and her aunt would be returning from their walk soon. An 8-month pregnant woman couldn’t get too terribly far!

Sure enough, as we drove up the driveway, they walked up to the house – looks of question and concern plastered across their faces as they watched me exit this unfamiliar car as the bike was removed from the trunk.

I shared a measly, but heartfelt, “Thank you so very much” with these two men who had been so kind, so concerned for the well-being of a complete stranger. Did they miss out on exciting plans while shuttling me around? Hard to say … they never uttered one word about their missed opportunities, only words of concern that I find the care I needed.

My friend and her aunt drove me to the hospital in Bend; then proceeded to spend their precious vacation time waiting with me in the emergency room. It was a long day of x-rays and exams, and my very pregnant friend endured hard plastic chairs as she waited. She uttered not a single word of complaint (though, I’m certain she was dreaming of the oh-so-soft and supportive chairs she could be sitting in back at the house!). She helped me with hospital paperwork (my wrists/hands were useless!) and – upon arriving at home – even washed and dried my hair (again with the useless hands).

In the weeks that followed, my husband got to experience washing and drying my hair while my wrists healed to the point of being usable again. I remember no words of complaint from him either (though I do remember a few complaints being uttered by yours truly about hair styling … poor guy!).

An unfortunate turn of events became a personal experience in true kindheartedness, with no strings attached … from strangers, from friends, from family. And for that, I am thankful.
Posted by Kelly H-Y at 4:50 PM

I love stories like these — it is so exhilarating to live them — but I hate that you were injured in that way. I lost use of one of my arms for many years after a crushing fall and I know how hard it is to maneuver.

what a touching story! I'm so glad you shared it.

What a great story! Why'd you make us wait so long for the good part! :) Anyway, this is a reminder that there are still some kind and decent people out there

It's heartening to know there are people out there who are moved to action when they see someone in need. I'm so sorry for your experience, but glad you found help when you most needed it.

Thanks for sharing your story!

Sometimes these kind of events make me feel a bit happier to be alive! Kindness goes a long, long way in the heart.

Kelly, I'm so glad you did heal and that help came when needed. Those guys are probably still wondering how things turned out for you.

My wrists hurt just thinking of it. It's so hard to watch the news to see people are breaking laws, hurting people. Stories like this help us see that really most people are good-hearted!

That is so sweet. I really started tearing up as I read it. I'm glad everything ended up OK!

Wow! What a great story. It's good to remember that there is generosity out there! I'm glad you shared it with us!

whoa. Great story and I only read part two!

Aw! That is such a touching story.

Thank you for sharing that! What a wonderful story, although I'm sorry you were so hurt.

I love to hear stories like this. It truly is a test of people's character when something happens to someone in their lives. Good friends step forward and help out. Bad friends seem to suddenly disappear.

Hmmm, vacations and emergency rooms seem to go hand-in-hand for you. Remember Disneyland?

Wow. How wonderful of these people!!

What was your final diagnosis? Broken wrists??

Yes, a great story (in the literary sense), but not so great for you. Poor thing. Glad to hear your injuries mended ...

Thanks for leaving comments on my blog - that's how I found you. Love your Banner, by the way ... Learn something new everyday lol. :)

Stuff like this really gets me. We hear about the horrible things people do all the time. I want to hear more stories like THIS.

How horrible and wonderful at the same time. Good to hear it all came out all right in the end and that there are still good strangers out there.

did you break both wrists? how are you now?

This was wonderful, Kelly. Thanks for sharing! :D I would hate not being able to use my arms--especially if it meant my Beloved Spouse Creature would be styling my hair. I love that the kindness they showed you is living on through you sharing it. :D

I just love the way you put things. very touching.

Thank you, everyone, for your kind comments ... I so enjoyed reading them!