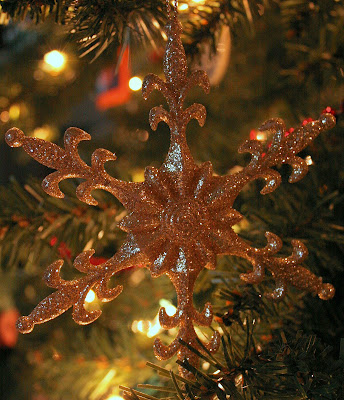 A few years ago, my husband and I attended an amazing Christmas concert with Steven Curtis Chapman and Mercy Me. During the concert, as a deep base beat and the melody to "I Heard the Bells on Christmas Day" played ever-so-softly in the background, they shared with the audience a glimpse of the events that had inspired the lyrics to this song, written by American poet Henry Wadsworth Longfellow so very long ago on Christmas Day in 1864.


I was completely unaware of the origin of the song before that night.


After the concert, I investigated further, seeking more detail to the story. I learned that, in a very short time span, Longfellow had lost his wife to a tragic accident in their home, and his son had returned - critically injured - from the American Civil War that was devastating his beloved country.


I can only imagine that his faith was being tested beyond measure and his hope for peace - in his country and his own life - was weak.


Something changed on Christmas Day 1864 when Longfellow penned the poem, originally titled "Christmas Bells". Maybe it was the re-election of Abraham Lincoln and, with that, the possible end of the terrible war; maybe it was the relief that came from his son surviving; or maybe it was the churches that - during the war - would ring their bells on Christmas as a call for ceasefire, bringing peace to the nation, if only for a day.


Knowing the history behind the words has made this song become even more beautiful, sorrowful, haunting, and hopeful.


In many ways, it is a call for peace. Something we all hope for.


So, as the holiday season kicks off, I've been listening repeatedly to this very song .... take a listen to the Casting Crowns version, from their 'Peace on Earth' CD at http://www.youtube.com/watch?v=M7670CXvPX0&feature=related.


Wishing you peace this holiday season!
Posted by Kelly H-Y at 4:30 PM

This gave me chills. That story will stay with me throughout this month. Thank you.

I had no idea! I love the history behind those old songs. There is a book that we carried in our bookstore called Hymn Stories that is all about stuff like that. It's a fascinating read. I hope you and your family have a wonderful Christmas!

I love hearing about origins of songs, and anything else. I think as storytellers, we're naturally drawn to such things. "Do You Hear What I Hear?" also has a really cool meaning behind it, if you ever have a chance to look it up. Thanks for enlightening us through what you've learned, and reminding us that peace is a very worthy goal! :)

I love this. The song means so much more to me now. Thanks for sharing this.

I like your historical take on carols. Who knew there was such a moving historical and personal story behind that lovely song?

Longfellow went to Bowdoin College where my husband teaches. In Brunswick, we are proud of our poet. My kids went to Longfellow School for their elementary years. We have a Longfellow Avenue too.

I love your blog!
Happy Holidays to you and your family!

Thank you for your sweet comments!
And, Sarah L. ... all your connections to Longfellow just blew me away!!!!