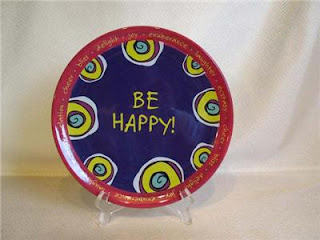 Long ago, back in the day when I was still participating in the grueling world of dating, my very dear friend was rushed to the hospital. I headed to the hospital the minute I received the call. At one point, when a doctor came in to check on her, I decided to leave her room to give her some privacy.


That was my first mistake.


I should have insisted on staying through whatever it was that prompted me to leave!  But no … I was polite and ushered myself to the waiting area.  It was late evening, and the waiting room was quiet and empty.  Except for a hospital employee dressed in scrubs.  I remember thinking that he was cute … and had nice hair.  And, I have to admit I wasn’t terribly disappointed when he started chatting with me … then flirting … and eventually asked me out.


I agreed to the invitation. That was my second mistake.


From what I had seen and heard that evening at the hospital, I pegged him to be the rugged, four-wheel drive driving, sporty type of guy.


So, imagine my surprise when, upon walking out to his car on our infamous first (and last) date night, I saw a large, dull-butterscotch-colored, 4-door, boat-like sedan … plastered with political bumper stickers.  P-L-A-S-T-E-R-E-D!


As my eyes quickly scanned the myriad of opinions shared via the bumper stickers, everything in me wanted to turn and run!  I decided to give him a chance.  First impressions can be so misleading (by the way … they can also be right!).


As we drove to the restaurant, talk radio twittering away in the background, he regaled me with all the reasons music radio was bad-bad-bad, along with all the brain-related benefits of talk radio.  A topic that bored my early twenty-something self to tears.


I began creating escape plans in my head. He continued to chatter about talk radio, as I attempted to figure out the logistics of opening the car door and performing some spectacular maneuver that would effectively and safely fling me from the car, allowing me to land safely on the freeway and quickly escape from being run over by the hundreds of other 60-mile-per-hour-moving cars on the road.  After all, I reasoned, I’d landed safely after parachuting out of a plane. How hard could it be to apply the emergency-landing drop and roll movement I’d been taught to an escape from a moving car?!


I stayed in the car.


We arrived at Red Robin, ordered, and attempted to make conversation.  As the food on our plates dwindled, he decided it would be a good idea to order dessert.  Red Robin had one of my favorite desserts - apple crisp - so, I folded and ordered along with him.


That was when he looked at me, then my plate, then up at me again, and asked, “Aren’t you going to make your plate happy?”


“Hmmmm?” I questioned, not certain I’d heard him correctly.


“If you want dessert, you need to eat all the food on your plate.  You need to make your plate a Happy Plate,” he matter-of-factly explained.


“You know … I’m getting a little bit full.  I think I’ll take the rest to-go,” I replied carefully, not wanted to ruffle any last vestiges of his sanity.  After all … I still needed to get home safely.


Mistake # …. well, I’ve lost count … anyway, that would be letting him drive me to the date location.


Dessert arrived, thank goodness, and I dove into my haven of apple crisp.  But, once again, I quickly got full and had to stop eating before finishing.  I hoped and prayed that he wouldn’t notice my very unhappy plate.  Actually, it was a bowl.  With deep sides.  So, I thought there might be a chance that he wouldn’t see the remnants of apple crisp still sitting inside.


Of course, he did.  But, this time, he went a step further.  After confirming that I was not, in fact, going to be personally making my bowl happy, he took the bowl, spooned what he could of the remaining crisp, and then LICKED the bowl clean.


At that point, I remember my shoulders slumping a bit, as I looked around to see if anyone I knew was in the restaurant and watching this whole pitiful story play itself out.  Then I turned to my date, and watched him blissfully finish licking the bowl. “There,” he proudly stated, “now it’s happy!”


Unlike me … who was quite the opposite of happy, and just wanted to get home.


But, no.  As luck would have it, a Halloween store had opened up in the same complex as Red Robin.  Not a nice home décor-type Halloween store, with stylish pumpkins and cute decorative ghosts.  But, the freaky Halloween store, with gory masks and fake blood and cackling voices and grotesque creatures hanging from the walls and ceiling … and that stale, funky smell of I-don’t-know-what.


He was ecstatic over the discovery of this store.  Me … not so much.  Surprise, surprise.  But, being a nice person and a tad concerned about his mental state, I went along with it … walking with him through the store and feigning amusement and delight over the Goth and gore.


Thankfully, the evening ended with me safely arriving back home, sharing a kind thank-you and goodbye, then quickly high-tailing it to my apartment where I promptly locked the door and ran to the window, peeking through the blinds to ensure his car had driven away.


My worst date ever.  But, definitely a memorable and humorous one.


So, thank you, Happy Plate Guy – wherever you are … and, please, stay where you are – for giving me such an unusual, unique, implausible, and – in hindsight – amusing experience. Seriously, though ... stay.where.you.are.
Posted by Kelly H-Y at 11:43 AM

Well.... at least you didn't have to see him again! Someone is related to him!

Love the story and love even more that this wasn't about your husband. Lol. That is creepy! I will now look at plates with food still on them a little differently now. Please write stories of how you met Jeff, he had it easy, anyone after this happy plate guy is going up. Lol. Leslie

Seriously!?! He licked the bowl!!!

I can't believe you didn't bolt at that sight. Sure makes for some good chuckles now though. Too funny.

I've read about (and had) some pretty bad dates but this really takes the cake...or apple crisp.